The term “DEMENTIA” is often misunderstood. Dementia is not a disease or illness in itself. It is a broad term used to describe a range of symptoms and disorders that involve a progressive decline in a person’s mental abilities.

Dementia is fast becoming a global problem and had been described as a “ticking timebomb”. As we grow older the risk of developing dementia increases, and as many people are now living longer, as our lifestyles improve by way of better physical health and better medical care for physical illnesses, meaning people are living longer but the risk of developing a dementia increases.

Currently there are 850,000 people in the UK who have some form of dementia ( Alzheimers Research Trust 2015). This is expected to rise to over to 1million by 2025. By 2050 there will be 1.5 million people diagnosed with a type of dementia.

Dementia is not a natural process of aging, and It would be wrong to assume that all those affected will be older people. Dementia has been diagnosed in people in their forties and fifties, and even thirties. In fact, there are over 65,000 people under the age of 65 living with dementia in the UK.

Although there is yet no cure for dementia, the future is much brighter than it was and Dementia no longer needs to be viewed in terms of doom and gloom-people can live well with dementia. Much more is now understood about the condition and also in terms of how best to support people diagnosed with dementia.

To give participants an understanding and new skills to enable them to support people living with a dementia in a person-centred way. To discuss and consider the best way dementia can be treated and managed, to promote personhood and meaningful occupation for the people being supported.

On completion of this course, participants will be able to:

“Life is an emotional journey . We all crave human connection. This applies even more to people living with dementia. People learn to trust emotion and rely more on themselves as feeling beings rather than thinking beings” – David Sheard CEO and founder, Dementia Care Matters 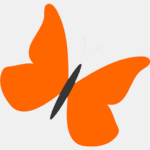 “Life becomes harder for us when we live for others, but it also becomes richer and happier.” - Albert Schweitzer

All of our courses are delivered at your convinience, at your own workplace. If you require alternative venue ideas, please don’t hesitate to contact us.

The team are PETALS are all qualified to the very highest standard as well as being fully accredited & endorsed by all relevant governing bodies.

Don’t hesitate to contact us to discuss in more detail.